I love fashion, perhaps too much, and one of the things I’ve had to put a lot of thought into is how to dress in a way that respects my dignity without looking like I’m from a period drama or mormon. I attached some examples on what I think a lot of women assume “modesty” to look like when discussed. Boring, ugly, and unflattering. 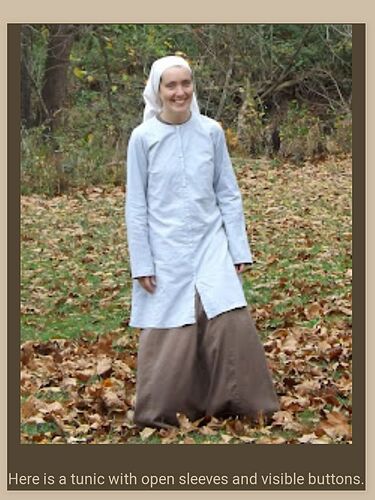 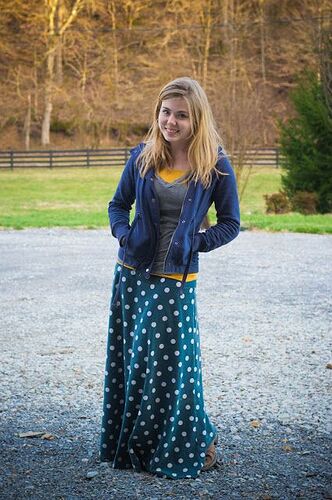 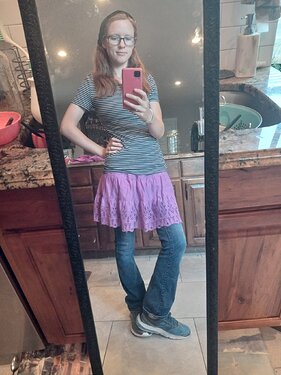 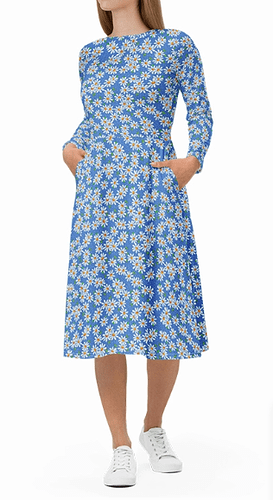 It doesn’t have to be this way. You can still look cute and stylish, and follow trends, while keeping a certain standard of coverage. For reference of discussion I consider something immodest if 1. Cleavage is showing 2. Thigh is showing 3. Bra straps/shoulders are showing. Some ppl might think that isn’t strict enough, others that it’s too strict, idc. Feel free to tell me how I’m wrong. Oh and I don’t think makeup and jewellery/accessories are immodest so come at me puritans.

I’ve made some collages of modest outfits that still fit within a style you’d see people wear normally, just modest edition. I love collages sm I should make more! 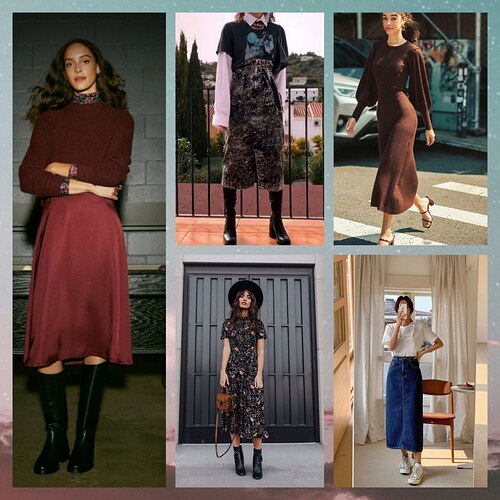 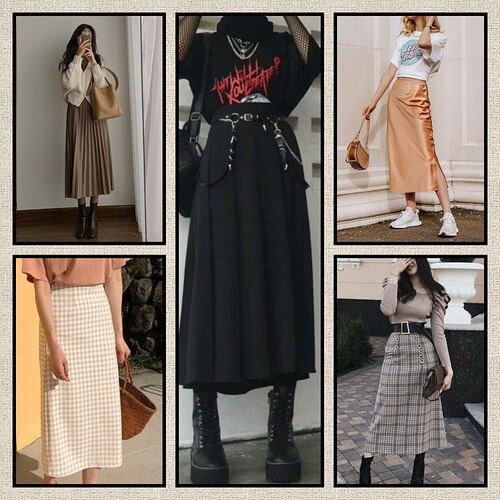 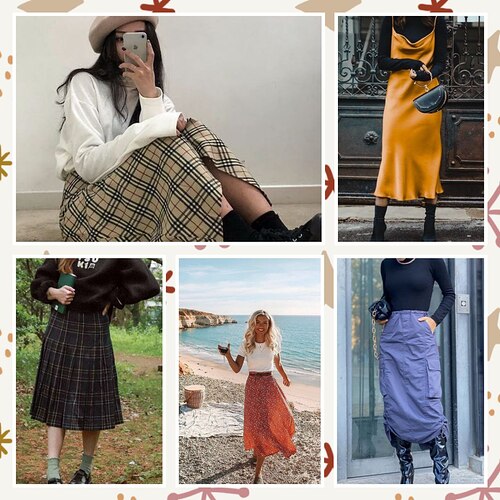 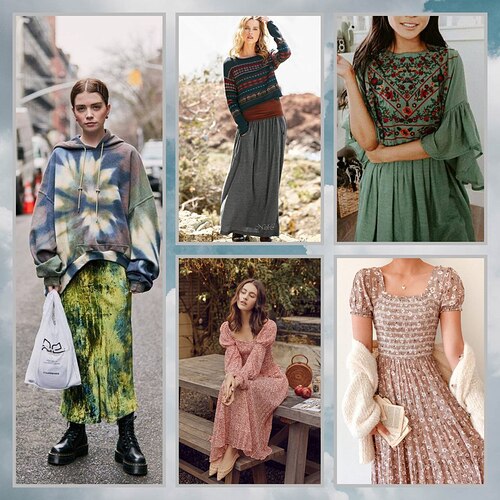 I tried to pick a wide variety of styles to show as examples. If there is any particular style you would like to see modest examples of let me know and I’ll look around for it. Or simply search it up yourself. Most of these I found on pinterest, others just from googling.

Top right “ugly prot” is actually very awoogable and cute, sorry. Its a good outfit and the yellow accents the blue just right.

Bottom left of the “cool outfits”, the one that looks like a rainbow puked out a daisy, is ugly. Top part is way too much of a potato sack, while the bottom portion is too straight, it creates an upside down triange shape. Outfits should aim to make a triangle shape or a figure eight

The sunflower dress is an absolute meme. Idk why the she-chad is always wearing it. The neck cut is horrid, and the skirt length is too long or too short. There’s nothing going on in the middle to break it up

I don’t personally like the tie dye look either, its just an example because its currently trendy/has been trendy for the past couple years. You finding the garish prot outfit awooga is very tragic and I hope you feel better soon

Personally I’m a fan of dresses, you just need to find something that doesn’t look like you threw a bed sheet over yourself, like the trad meme dress. Add some nice light boots to it and maybe an accessory, and you’re gucci.

Dasick has been deprived of women in the cold, cold oil fields for several days now, I think he’d awooga at literally anything vaguely female.

This is by far my favorite style, but i wish i could dress to compliment my wife

also hats are epic and based.

Some of the other cool outfits look questionable, but I guess you didn’t post it to have an in depth discussion of whats cool and not… Or did you?

Prot/north american modest fashion is really weird to be honest. When you look at historical european, or even middle eastern fashion, its nowhere near that “modest”, which is weird. 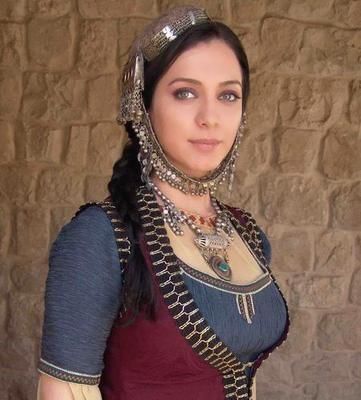 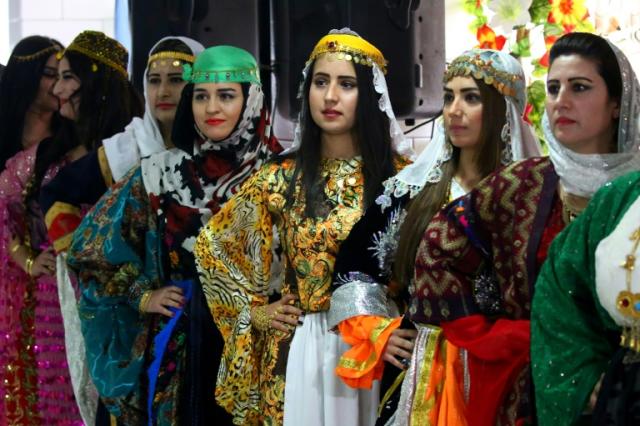 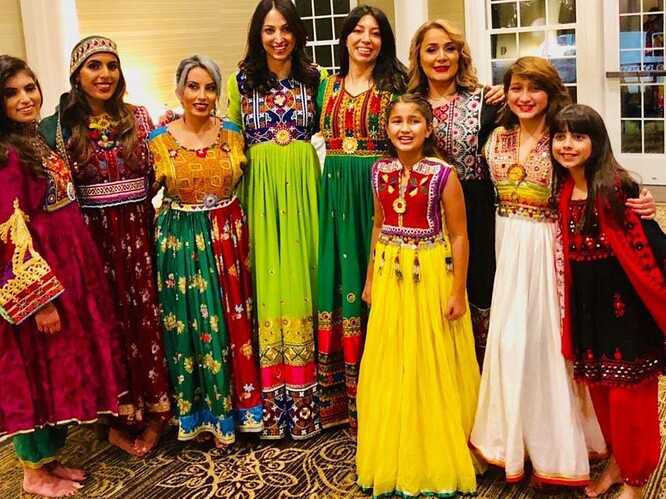 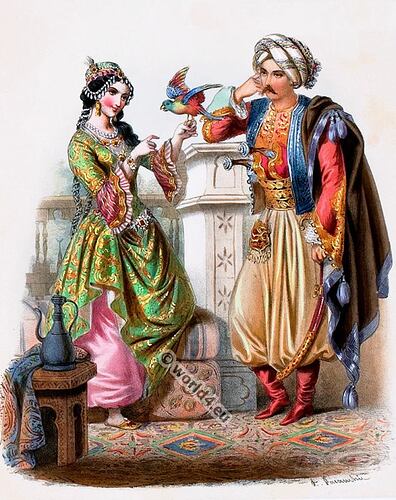 Some traditional middle eastern outfits. Despite the “taliban is based” memes, islamic wahabbist fundamentalists are basically the prots of Islam. Those are some rather low cuts, the head is very open, these outfits show gasp ankles and accentuate slender arms. 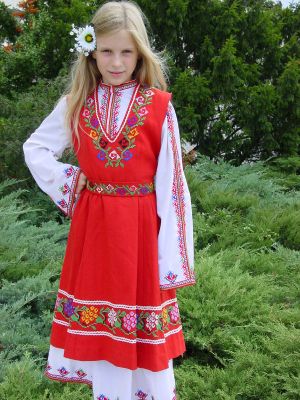 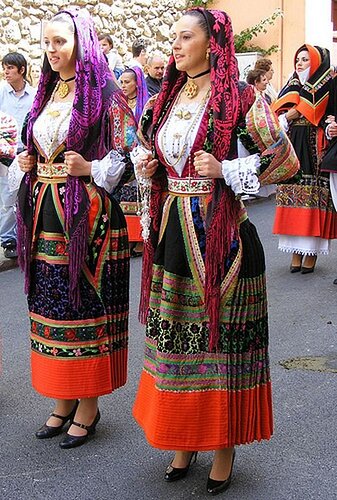 The two above while they cover everything, they also have that white triangle going from neck down, which does seem to say “look, i have booba” (the booba in question will deform the triangle to display the booba size)

Likewise, I have no idea if the dresses below are traditional, but it is at least from wikipedia. 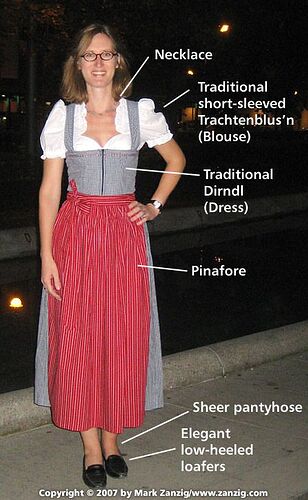 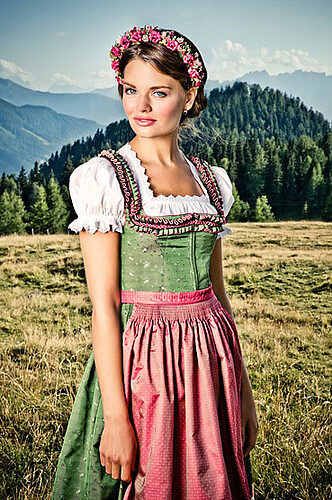 That’s some low cut and the skirts go rather high

Its a common thing to say that due to protestantism in America, American ideas about modesty are very different from European ones. Im very much a prude, but I’m always left wondering if I’m too prudish considering how people dressed in more traditional societies.

Which one are you thinking? Also Its pretty easy for men to dress well. Male fashion is quite uniform compared to women’s fashion. Just get yourself a white button up and a pullover and some slacks and you’ll have a good clean outfit appropriate for anything from church to dinner IMO

Me: how to be modest without looking like you are in a period drama
you: here, period drama costumes!

Its not the tie dye of it, its that the burlap sack top and tight bottom are creating a masculine upside down pyramid shape

Im sorry but this is a very cute “contemporary modest” kind of outfit. The blue is not uniform, theres a nice break in the middle. The bit of yellow contrasts well with the blue, but because its only a bit, it doesn’t look like a swedish or ukrainian flag. The gray undershirt is also a nice touch. It creates a nice shape, and its not too flashy without being monotone. You’re wrong here

Like I said, I hope you feel better soon friend <3

You missed my point about traditional understanding of modesty tho

No I understood that part, its just not what this topic is about

It’s SPECIFICALLY about dressing modestly in contemporary fashion. We can have a different discussion about traditional folk dress some other time

Its the basis for a lot of slavic and scandinavian outfits. They’re generally more “closed up”, possibly due to colder weather, or possibly due to long standing cultural patterns. Its possible that being prudish is a feature of both cold weather and high time preference needed to survive winters

Interestingly enough, one of those photos is an italian dress, go figure

My point was about modesty in principle.

But its just, I dunno. Weird having higher modesty standards than people from traditional societies

I hope you’re ready for 10 hours of autistic back and forth.

If you’re really bad at coming up with outfits, just get a dress like these, it’s not hard to go from there. Not a fan of the neck thing, but I’m too lazy to go searching for specific dresses the wife owns, and I won’t be posting real life photos here lol.

I condemn the ugly sandals on second image. 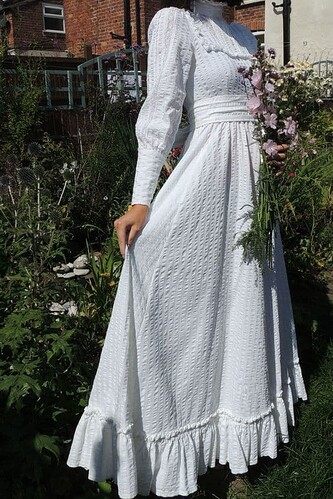 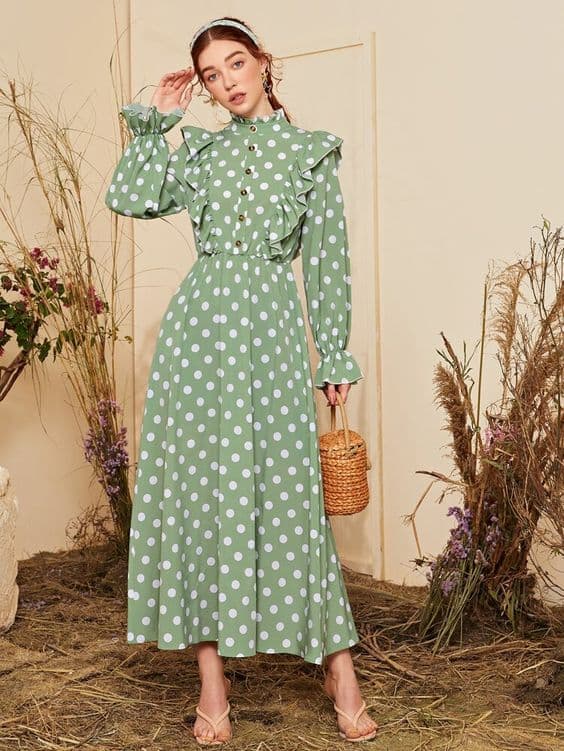 It’s definitely easy to dress modestly if you just wear long sleeve high neck dresses. I was just hoping to illustrate how you can be modest if you don’t like that sort of style. Although Im partial to grandmacore myself hehe

On the simple side but looks nice

Issue with a lot of single piece dress outfits is that they’re usually too monotone and plain. You’ll notice Iris didn’t post that many outfits, ans the ones that do have accessories to break it up, or have frills and parts expanding and thinning out.

The white has the nice forearm part, and the shoulders puff out, the green has the middle frills part. They also pinch to the waist, which is something protestants hate with a seething passion.