I recently skimmed through this video, and I thought it was worthy of attention: 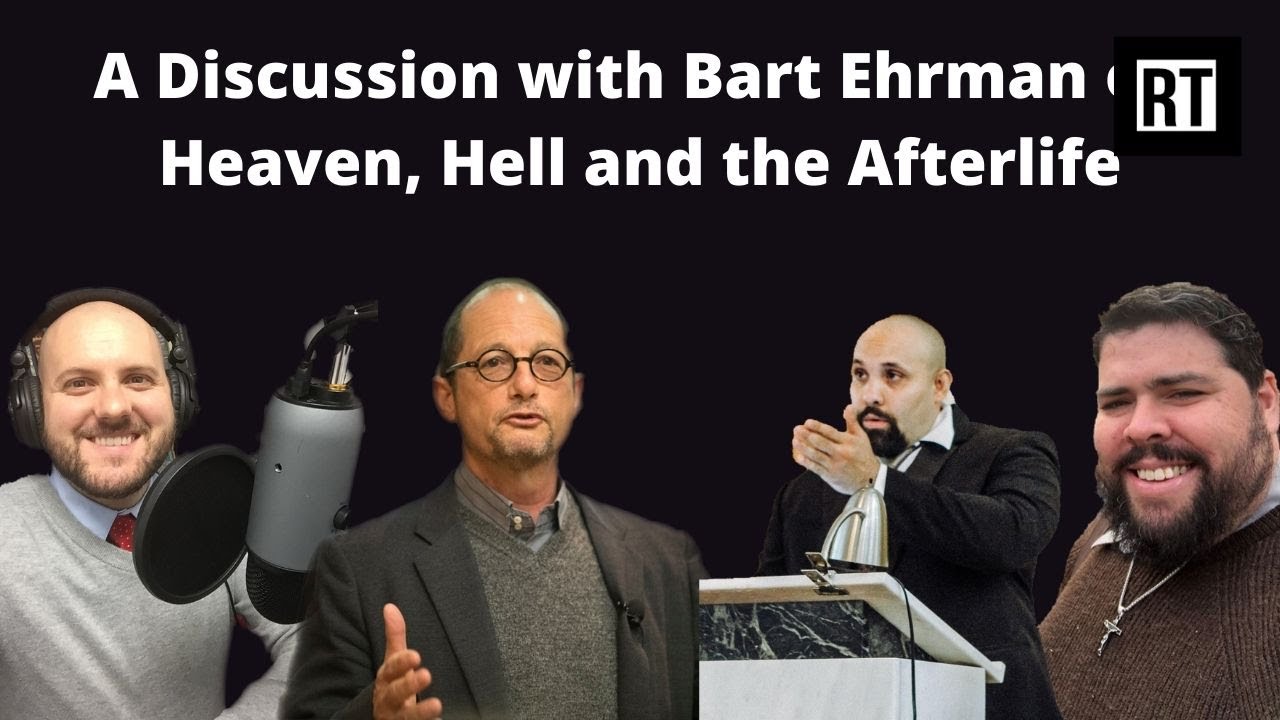 In this video, Bart show the thesis of his recent book, in which he seems to guarantee that there is absolutely no Hell beyond silly christian inventions, that there is only annihilationism.

Of course, as we all know, there are endless references to a place of suffering, pain and anguish all theough the Bible in both the OT and NT, but in the magical world of Bart, everything is possible. For example, when Daniel talks about “waking up to eternal shame and contempt”, that just means that at ressurrection they are judged, annihilated, and that they are perpetually held in contempt by eeryone. It doesn’t matter that Daniel is clearly talking about what someone experiences. It doesn’t matter that right before he talked about waking up to eternal life in perfect parallelism.

Again, when Jesus talks about eternal fire, and the “worm that does not die” (or similar), it just means that people are annihilated… er… in some place so in that place there is lots of death and whatever.

It is a constant insane unnatural reading. Is anyone more familiar with this topic?

I’m not familiar with the topic, but I’d hazard a guess that at its core it must hold that Lucifer sinned against God and just stopped existing since if there is no Hell, then there can be no place for Satan, in which case Genesis becomes problematic, and if you have a problem with Genesis, the rest of Salvation History becomes irrelevant.
This claim, however, directly contradicts Christ’s “Depart from Me…” claim, which clearly states the existence of Hell as a place, further strengthened by His “where there will be a weeping and a gnashing of teeth”.

I’m listening to the video as I write this, so these points may have already been dealt with, but I see them straight away as issues with the argument for “no Hell/empty Hell”.

Expect all these things to be “dealt with”, that is, to have a rather sad, pathetic response to save face. The question is whether or not those responses are actually solid, credible, and consistent.

The point about Satan is good, though someone could claim that there are different consequences for humans and angelic creatures.

If I get the money for it, I might buy the book so that I can actually properly tackle his arguments (it’s a lot easier with a physical copy than a digital one), but it’s sounding to me like a rehashing of the usual “God loves us therefore He can’t send us to Hell”, which is well covered under “God has all perfections in their fullness, this means that His justice and His mercy are beyond our comprehension” guide.

If money is tight I don’t think buying it would be worth it.

I mean, Bart is not known precisely for his solid factual arguments. This seems to be quite reelvant here since all the arguments are horrid, unnatural readings of clear texts. And of course, avoidance of the earliest sources of widespread doctrine.

I suspect that there may also be the issue of having an incomplete understanding of Heaven and Hell. In my understanding, they are more akin to states of being with a physical sensation of either greater bliss or greater suffering than we could ever imagine.

If you still need ideas on where to look, I can’t go past Dr. Rumble’s Radio Replies for a source. If you select a volume and search for the terms “heaven” and “hell”, it’ll provide you with a list of every occurrence of that term in that volume. Also, this was a radio show back in the '30s, so it’ll be more direct than most of today’s sources.

These people are familiar with the idea that descriptions of wordly things are used to describe something inmaterial. But while we say it is an image of spiritual-body suffering/anguish, they go too far and say it refers to annihilation, which is rather absurd.

It is a matter of historical analysis. In this regard, the attempts by Bart and others to imply that the widespread belief in ye olde days of the OT was annihilationism is just insane.

For me, the major issues with annihilationism are:

I actually follow Bart Ehrman quite a bit, and find him to be a very knowledgeable scholar. Certainly among the worlds leading first century scholars.

I find Erhman to lack academic integrity in some regards. For example, in his best selling book ‘misquoting Jesus’, he delves into the new testament inconsistencies. However when confronted about the issues in public debate, admits that these issues between translations and existing copies are negligible.

As for the doctrine of annihalationism, I can see where he would be trying to use an interpretational grey area to skew the data and change the face of first century doctrine in order to be controversial and gain notoriety.

From everything I have seen from him, he is not a scholar, but a random fedora who desperately looks for cheap shot attempts. He is quite sad and certainly lacks any intellect or honestly.

I really don’t get why people are obsessed with him. Well, I can: because he is just another dawkins who has spent more time googling things from which to say ridiculous things.