Oh hey! Nice to see you all again.

Wow, been a while. And I even said I was coming back yet barely did anything here. Gotta love internet consistency, eh?

For the few of you that talk to me on discord, you already know what’s going on with me. But for those of you that care about a random forum poster with a Wojak profile picture that you will never know or meet in your life…

I mentioned before that I thought it was silly about people wanting to retreat, seeing as our privacy is all fucked up and the world is quickly getting worse and how difficult it is to just retreat “inawoods” as /k/ would say.

Ironically, I’m literally doing just that. Well, at the very least investing in land and commodities. I’ve invested in farmland and began renting it out to both farmers and camping enthusiasts to get a passive income started. I’ve also began farming myself. But not traditional farming. I’ve been farming seafood. Shrimps specifically. In a landlocked U.S. State, it’s amazing what some restaurants will shill out for seafood. I also got a girlfriend with things looking pretty good.

Spiritual life is going well compared to my previous post that triggered a few tradlarper zoomers here. Starting to think it was a change of scenery that helped me. No idea, not a psychologist.

I’ve been looking heavily into other church fathers like Pelagius, Didymus the Blind, St. Jerome, and just studying Platonic philosophy in general. I was able to read through Aristotle’s Metaphysics (very VERY hard writings to read) as working from home has given me a lot more free time lately. I tried going to a nearby Greek Orthodox church to discuss these things with a priest, but he’s been really inconsistent with his time management, as he does things like cancelling meetings that I make with him ahead of time a lot, or even outright forgetting times me and him set up in advance. He’s not doing this intentionally or being malicious or anything, I know. But he needs to hire a secretary or something. Just a little disappointing.

Probably will jot more stuff down on this forum. Not to toot my own horn, but I do enjoy creating traction on here since my previous posts did seem to do that. Picochan is down along with most deep web chans. So later tonight or this week I might post my opinions on the invasion of Ukraine. And when I do… 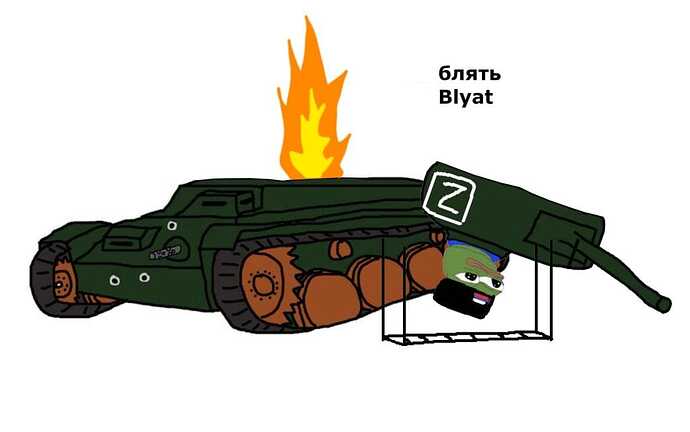 …I ask that you lay off the Dedovschina and actually read it instead of being a triggered Convertodox/Evropa LARPer. I’m going to be as fair as I can.

Anyways, thank you for listening to a nobody wojak profile picture rant on a nobody forum. Hope you’re all doing well.

Hi and welcome back. Glad to hear you’re doing way better than the time you stormed out. lol

I am really interested in hearing about the shrimp farming, which I’ve also been planning on starting up on within the year.

As for the Russia topic, I do have one going already, but nothing’s stopping you from starting your own if you wish.

Shame about the Greek Orthodox priest though. Hope he doesn’t ruin the whole experience for you.

Okay, shrimp farming has be more than intrigued.

Haha, yeah. Was going through some tough stuff in my head. I wouldn’t consider myself a “Christian” yet right now as I want to be fully ready to commit to wherever the truth leads me. And the Greek Orthodox priest and I have almost been communicating through text. But he’s kind of a boomer (the loveable “how do I open PDF” kind for the record. Not the Susan on the Parish Council kind.) when it comes to technology, so I try to just meet with him in person.

If you’re gonna start up shrimp farming, I would recommend getting yourself some kind of aquatic pet or aquarium to take care of to get you in a practice. I’d like to warn that this is nothing like actual shrimp farming as there are MANY more factors to take care of than something like a goldfish. But it’s a good way to get in specific habits for beginning Aquaponics. When you begin with shrimp, I would start first with Red Cherry shrimp. Restaurants won’t pay for them at all cause they’re tiny and worthless; but they’re cheap, easy to take care of for its specific water parameters, and you learn how to grow a thriving shrimp community. I personally am trying to move further out to things like Tilapia, or even vegetables grown entirely from Aquaponics.