Predictions for Zoomers in the west?

First it comes down to a few years ago. Remember when everyone from alt right (Yes I’m using the term unironically here for continuities sake) morons like Spencer to neocons like Ted Cruz all were chanting about how GenZ is going to be “the most conservative generation since WW2”? Yeah, that didn’t age well did it? Here’s a few things I found that I’m simply going to skim the surface of. The validity of them can be argued some other time. I’ll give the sources in little parentheses.

So…yeah. Gen Z is not gonna be this “uber ebicly based crusader taking back le constantinople generation that’s gonna trigger the libs xDDD” thing that the post gamergate, mid-Trump traditionalists were predicting. They seem to be going the same direction millennials in the west did, and this seems to spread out towards more traditionally oriented countries (for example, the PiS is expected to lose their power in Poland, and nearly 60% of young adults want to move out of Russia, which is still in a population decline despite Putin’s efforts to revive birthrates).

I expect there to be a few things here with them. And this is purely opinion based on what I, a very early zoomer, am expecting based on my personal interactions and relationships. Along with the bits of research I’m seeing pop up.

If you’ve got others, let me know. And I’m also wondering if you got any criticism’s of mine. Yes, I’m quite blackpilled ever since seeing how awful Trump did, how absolutely brainless the GOP in the US are ever since Trump left office, and how the left seems to overall be organizing much better than we are.

Picture related. A much simpler time from a simpler era. 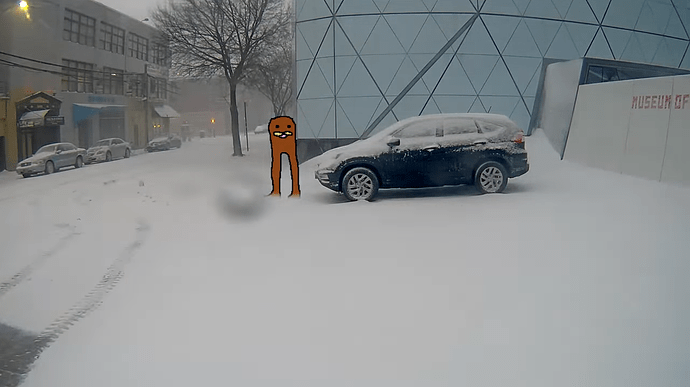 It’s the same generational curse that Millennials have. Father Ripperger hosted a homily covering this a long time ago.

It is likely that many Zoomers will, at least initially, lose their faith, clinging to such despicable abberations as atheism and Judaised Christianity in the name of “being open-minded”, which is the latest in a long line of false gods. You might view it as modern paganism, whose gods are, like the Greeks and the Romans, virtue personified, but it is earthly virtue: pride is Zeus/Jupiter and tolerance his wife. We find apathy mated idolatry and birthed the hideous plague that is religious plurality (the idea that all religions can exist together because they all have something to offer (which is false)). You can take this further, if you wish, but I feel that I have made example enough.

In losing their faith, the zoomers will wreak a devastation upon Western Civilisation that undoes the healing balm of Christianity. As Christianity grew, its teachings on virtue were found to be at variance with the virtues of Rome. This caused a civil upheaval because of how intertwined the Roman virtues were to their society, but whereas the Roman virtues were attainable by earthly means and were tied to earthly goods, the Christian virtues were ordained by God, so as they took hold of more and more Romans (patrician and plebeian alike) they elevated what were Roman virtues to their fullness, thus healing a wound in man’s soul. The Roman virtues, however, if restored over Christian virtues, would tear open that wound anew, leaving the souls of man open to the infection of a misplaced virtue (lust would gradually become love) and, ultimately, vice becomes virtue.

In losing faith, the zoomer would crave an unknown craving from an unknown Source, but knowing only what earthly things vaguely resembled a satiating drink for this craving, the zoomer will heap upon himself all manner of perverse practices that seemed to meet this craving. Love, having become indistinguishable from lust, would become unbridled, rabid sexual madness (the makings of which have already begun to manifest) because God has placed the sex-drive in His Creation as a means of helping them propagate His Plan for all souls that might be, but having dispensed of God, the zoomer is left with a void in his soul which seems to sate itself on more and more sexual activity, but the more it is sated for a time, the more it requires for its satiation and it will never truly be sated since it is an infinite void and desires an Infinite Love to fill it.

Kinda interesting how the zoomers are gonna wreak even more havoc on the west than millennials. I remember back in 2015-16 when everyone was cheering them on from our end thinking they were gonna save the West. And yet now it looks like they’ll be it’s downfall.

As a (older) zoomer myself it’s gonna be interesting to watch it all play out from my end. I even live in a very large city so I’m getting a front row seat to watch it. Life has a weird way of throwing you off completely huh?

Now some of you may ask: “Why don’t you move out to a rural/midwest area to get away from all of it?”

Because it’d be stupid to. People my age are leaving those areas en masse so it’s unlikely I’ll even get a wife there, and there’s little to no job opportunities. I can’t “return to le tradition” if I’m unable to properly provide for myself. Also I’m frankly just not interested in living out there.

Also, thank you for replying with an actual thought out reply and not “YWNBARW” like most morons on /pol/ do. I made a mistake of looking for a discussion on there. If Fuentes is the supposed new figure of the /pol/ area of the right, they’re doomed. So I decided to come back here after a few years of absence to see if this group was still up. And holy shit, it’s still here.

Firstly, thank you for coming back! We’re looking to become more than just a shitposting group online and you’re welcome to help out, if you wish!

As for your point on moving out of the city, there really is no sense unless you’re getting well clear of civilisation and plan to become truly self-sufficient in as many ways as you’re able. If you were to aim for that, you’d need a hell of a lot of money to get started and you’d probably have to be married before you left.

Based high effort post
From what I see genz is more extreme in all direction. Since the mainstream is trans and most are cattle it follows that so damn many of them are faggots, but those who aren’t really aren’t. I might dig out the sources later, but iirc new catholic priests are more traditionally educated than previous generations. Genz all across the spectre is becoming more detached from holobunga guilt, and the media kvetching makes me think it’s actually a problem for them. Our guys hate the jews as is, but now the leftists are losing their hold on the jewish oppression meme because its been drowned out in the plight of the black man, so even the libtards are inclined towards antisemitism when they learn who owned the slaveships.
I absolutely think that the struggles we’re going through now have many parallels with the ones in Weimar Germany and interwar Europe as a whole, with a breakdown of trust in the reigning institutions, social strife and political polarization. However, I’m less optimistic about our side winning out this time, as Europe in the 20s was closer to a Godfearing society than we are, and the young men didn’t have their natural impulses for tribalism and hierarchy undermined by years and decades of daily porn usage.
Thats not an excuse to give up, it just means God has entrusted us with a greater task.

Thank you. Likely gonna post on here more mostly just to get my thoughts out. I like typing out essays of my thoughts alot into the void of the internet. I post a lot on Picochan and let random anons listen to my thoughts and I’ll reply back. I may post my story on here sometime for the seven of you still left from Tradbook. Cause damn, so many trads there are in full on doomer mode now and it’s just depressing to see. Total contrast to back when Trump got elected. Anyways, here’s my thoughts on some key points you made. I’ll just paraphrase them to reply to each of them.

That’s cool and all. But (In the US at least, I don’t know much about Europe but I can imagine it’s similar) Catholicism is declining even faster than Protestantism is due to the inability of the church to handle the countless sex scandals. This doesn’t help with the institutional distrust that we zoomers tend to have. Again, I doubt Catholicism is going to go away. It’s just going to evolve to stay as relevant as it can. It’s gonna be the same for just about every mainstream church out there that has relevance today.

Yeah, we really don’t care about it. But that’s the thing, it’s apathy. It’s not a pure blinding hatred for it or a love for remembering it. It’s just a shrug and a reaction of: “Huh, sucks that happened.” But I’ve seen far too many trads and wignats REEEEEE at them about “Muh white jellycide” and the JQ like a schizo; sending the zoomers further and further away towards the left. Say what you want about Spencer, but he was good with optics. I have a feeling of why we lost our optics, but that’s a different post I’ll probably make later in the future.

“I absolutely think that the struggles we’re going through now have many parallels with the ones in Weimar Germany and interwar Europe as a whole.”

I respectfully disagree. We’re living in one of the most peaceful times in history. Most people have constant access to clean water, food, and luxuries that Europeans that time couldn’t even dream of having. Information is very easily gathered, and zoomers are very good at bringing in information, but also filtering things out. We also no longer live in a society that cares about monarchies, but these people are also willing to die for republics. The Weimar Germany was a very new republic that got yanked out of a monarchy, with food and clean water being more difficult (not impossible though) to come by, along with heating being done with Deutschmarks. The EU also seems stronger than ever, and we’re seeing Green Parties rise up now. Seriously, can you imagine telling a /rel/ic back in 2016 that five years in the future, Germany will have a Green Party giving a serious contention for the Bundestag?